How to Know if a Girl Likes You: 10 Signs of Female Attraction

How to know if a girl likes you? 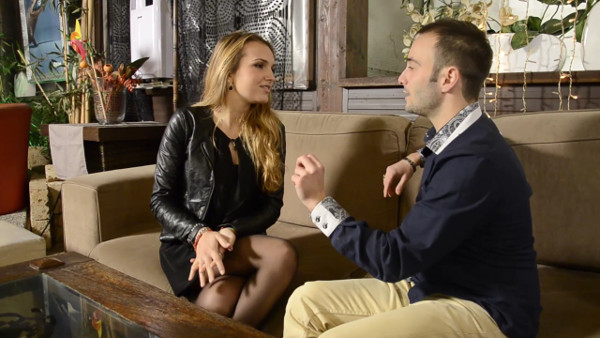 If you know how to do it, figuring out if a girl likes you or not isn’t all that difficult…actually it’s quite simple, you just need to know how to read certain ways of acting and signs she gives off using her body language.

Let me show you.

Sometimes knowing how to read her body language isn’t quite enough to understand if she likes you or not, simply because her signs of interest may not be overly explicit, or they may even be contradictory.

That’s why it’s important to also comprehend her behavior. This is why I wanted to compile a list of female signs of interest that include body language signs and behavior.

An opening remark before getting to the gist of the article: if you don’t know when to hit on a girl, keep in mind that you should always try hitting on a girl that you have met after an approach, regardless of whether you see signs of interest or not; on the contrary, when in social circles (except for rare circumstances) you should always be sure a girl likes you before hitting on her.

Keep in mind that signs of interest are to be placed into context.

If she gives you just a small sign of interest it doesn’t mean she likes you, you should note 3-4 signs before knowing she might be interested in you; on the other hand, one big sign of interest can be more than enough to be sure she likes you (if for some crazy reason she asks you to have sex with her, I don’t think you’ll stand there thinking “OK, she gave me a sign of interest, but one isn’t enough, I need more…I’ll just wait for them before making my move!”). 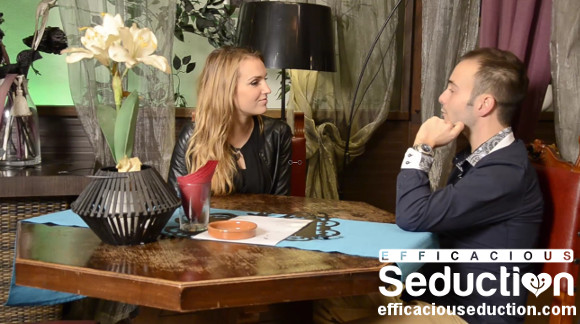 2. She Glances Over at You 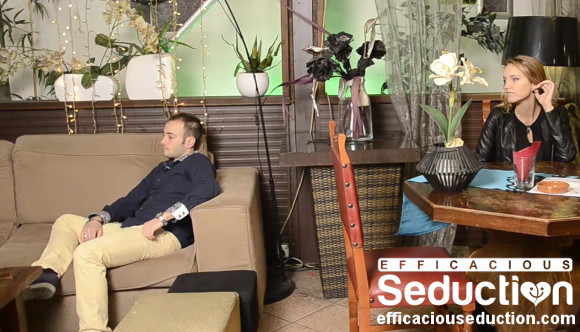 Whether you’re at the same table among friends, or at opposing ends of a club it doesn’t really matter. If she glances at you once, that’s not really a big sign of interest…but if she’s glancing a couple of times or even more, you’ll know there’s something going on.

3. She Smiles at You 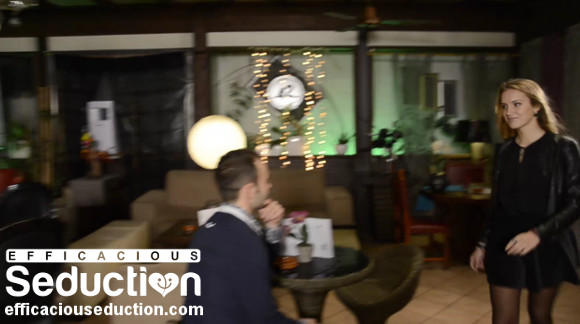 If you don’t know each other and she glances over at you and smiles (or if you smile at her and she smiles back), you should definitely go talk to her, that’s a pretty big female sign of interest. If instead she smiles at you but she’s already part of your social circle the sign isn’t really a sign at all (but there are exceptions). 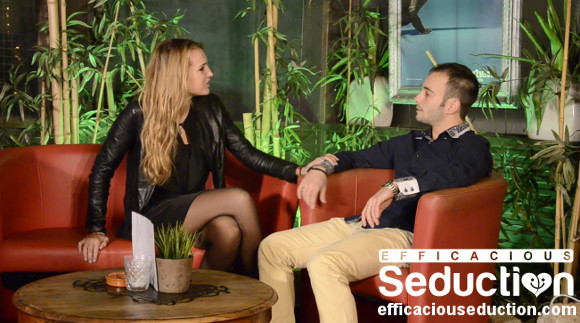 If she’s keen on touching you, it might be a sign that she likes you…but it always depends on the context!
If she’s the sort of person that touches everyone the same way, it doesn’t mean she doesn’t like you, it’s just part of who she is: but if she touches everyone the same way and touches you differently, in a more forward type of fashion, then she obviously likes you.

Apart from the situations mentioned, usually when a girl makes physical contact with you it’s a positive sign. It obviously depends on how she’s touching you and how often.
If she touches you in a more intimate manner, on more personal parts and/or with more intensity, then you can be positive the sign of interest is a pretty big one; if she touches you often it’s way more significant than just touching you once and never again.

5. She Mentions Other Women 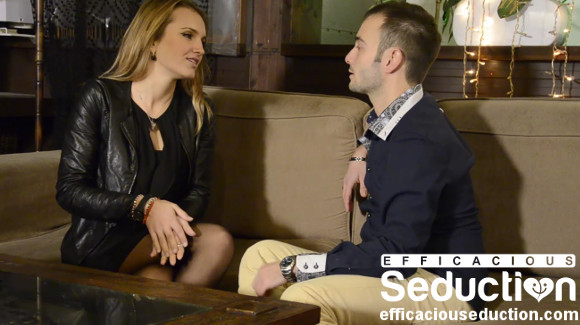 If she asks you about your girlfriend or says something about her (without her knowing if you have a girlfriend or not) that’s a good sign of interest; we can say the same when she claims you’re a playboy, Casanova or alludes that you frequent many women or have an intense sex life.

In a nutshell, she finds you attractive and that’s why she thinks you’re preselected (in other terms that women already like you).

6. She Looks at Your Lips 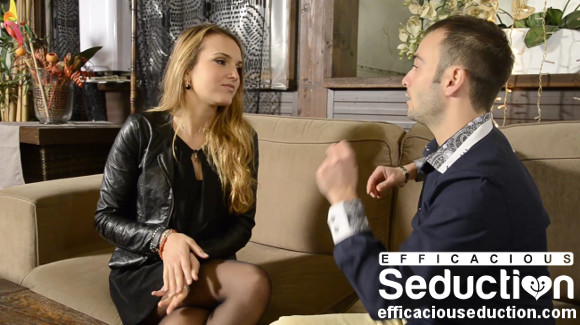 Keep in mind if you’re talking to woman that doesn’t speak your language very well (or vice versa, you don’t speak hers very well), this specific sign of interest needs to be reconsidered because she might be staring at your lips just to understand you better.

7. She Reveals Sensitive Parts of Her Body to You 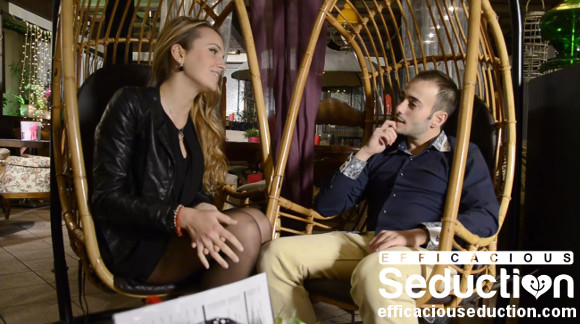 If while you’re talking (or even when you’re not talking) she moves her hair and reveals her neck or ear that’s a good female sign of interest.
If her pulse is uncovered and facing towards you, this is also another sign of interest.

If she reveals her inner leg or her…um pubic area…that’s a huge sign of interest. 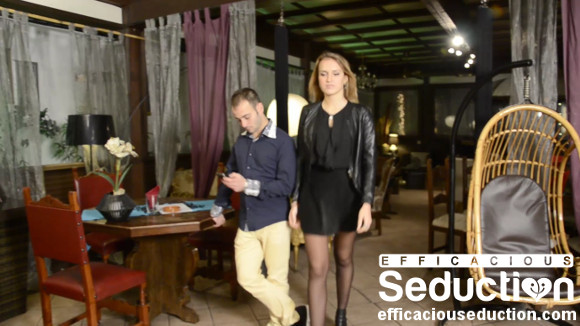 Maybe she comes over when you’re talking to other people or she happens to find herself in the same places as you.

Or she perhaps tries hard to seem interesting when she speaks with you; or she tries to make you notice things you have in common. 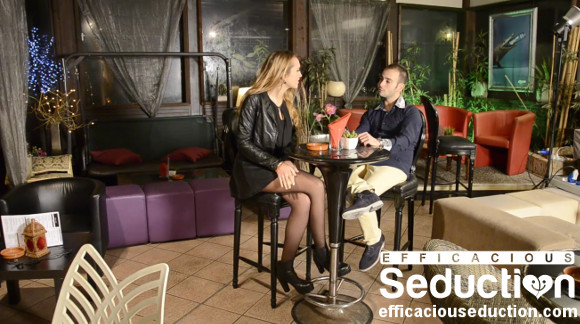 That’s probably the most subtle sign, but it’s also the most universal one.
If you approach a girl and she continues to be with you, rather than with her girlfriends, other friends or other guys at the club, that means she likes you.

On a lesser scale, this also holds true in social circles; she could be talking to many other people in your common group, guess why she’s spending all that time with you 😉

Even the most “frigid” of women can’t control this sign of interest, and that’s why it’s so useful. You might find yourself talking to a woman that seems cold and you might think she isn’t the least bit interested…if it wasn’t for the fact that she’s still there with you.

When there aren’t any other reasons why a woman stays alone with you (perhaps you have to take her home or the both of you are alone together), the fact that she’s still with you is a sign of interest.

10. Has that Twinkle in Her Eye 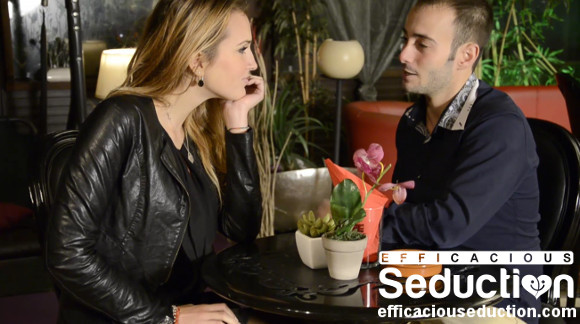 If you’re talking to a girl and girl seems all dreamy, has a satisfied air to her, is lost in you or just seems really at ease with you, it’s obvious she likes you.

You know those “sweet manga eyes”?
Yup, that’s what I’m talking about.

And if You Can’t Tell if She Likes You?

If her behavior isn’t clear or you can’t tell if she likes you, don’t despair, you can still solve the enigma.

There’s a foolproof way of knowing if a girl likes you or not; slowly push your relationship further. Take some baby steps in showing your interest in her.

Mind you, “baby steps” are the key here…if you don’t take some small steps forward you’re just simply waiting and hoping for things to take a turn for the better…and yes, this will help you understand if a woman likes you, but it’s also a “make or break” move. For which, mind you, baby steps, you want to test the waters first before diving in.

If you can tell she doesn’t like you, it’s not a given that all hope is lost. Of course, if she doesn’t like you it’s going to be a lot harder to win her over (and if you want some heartfelt advice, you’ll waste less time finding another girl), but it’s still doable.