How to Attract Women with Boldness

How to attract women? 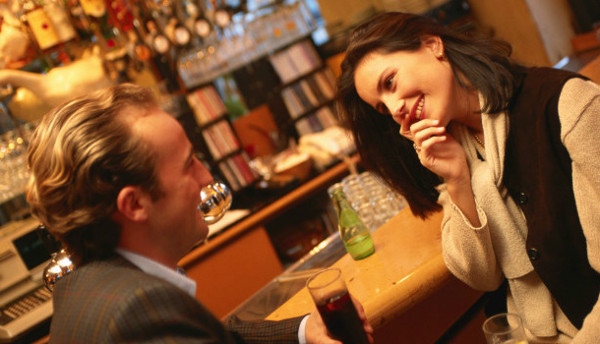 How many times have you asked yourself this question?
Before discovering the dynamics behind attraction I myself asked this very same question many a time.

Also because, you know, everyone has a different opinion when it comes to this…and that just leads to all sorts of confusion. Doesn’t it stink?

Being the gentleman I am, I will reveal some very important things…

How to Attract Women, the Truth

Making girls want you isn’t difficult…quite the contrary, it’s very easy!
Nonetheless this doesn’t mean that you can go around and just wait for girls to jump all over you as if they were pieces of metal attracted to a huge magnet.
Nope, that’s not a faithful representation of reality…no, not one bit…

Attracting girls is easy, but you can’t attract all of them.
But this shouldn’t really be of interest to you, it’s not like you want every girl on the planet, right?

Mainly, attracting girls is easy when you know how. If you don’t know how…well, best of luck to you mate!

And today I will explain one of them and most importantly, how to use it.

How to Attract Women with Boldness

Validation is nothing but a sentiment of value.

You know when you compliment a woman? Great, you’re satisfying the validation she’s looking for.

The secret though lies in not always giving the validation she is seeking.
Or as I said earlier: it’s the challenge that counts.

Here are some tips:

Now, these things might seem trivial and or really to easy to do, but I can assure you that you need character to carry them out, especially when a woman is particularly beautiful.

If a drop dead gorgeous woman calls you and asks in a sweet voice to go shopping with her (just you and her), you need some balls to say no.
And you need some cheek to tell her something along the lines of “I don’t feel like it today.” instead of finding some lame excuse.

If a girl that you like wants to go to the movies on your first date and you don’t like going to the movies, it takes some nerve to tell her “I don’t feel like it. I’d rather we go to the park instead” .

Even if these things may seem counter intuitive they will definitely award you some points with her.
You can even make her go crazy for you.

Oh, and just for the record this type of audacity is what assholes are particularly good at, and yes assholes do attract women, make no mistake about it.

Now, the things I have explained above might seem unethical or might make you feel like someone you’re not, but the reality of the fact is a whole other ballpark.

You don’t have to act like a challenge to impress a girl. Not only would it not make sense, but it would even be counterproductive.

Instead you should present yourself as a challenge only in one case: when you want to act in a certain way.

Say she wants to go somewhere and you don’t, don’t go. The same applies if one day you don’t feel particularly affectionate, you don’t have to be just because she is.

It’s in view of these considerations that the ethical problem vanishes: it’s not being an asshole, it’s caring for your own interests. Why should you place her interests before yours? Is she more important than you?

Of course, there are times when you can put your interests aside for her (say she missed her train and has an important job interview, don’t be an asshole and just take her), but in general these situations don’t happen very often.

Try what you learned today, it will be lot of fun for you…and it will make you get some interesting results.

Want more? No problem, we have you covered 😉 Check this out, will help you attracting and seducing women.

Do You Want to GET A GIRL You Like?