How to Impress a Woman in 4 Simple Steps

Oh boy, female psychology, probably the greatest mystery for male minds!
How many times have you tried to understand certain female behavior just to come to the conclusion that it still didn’t make any sense? 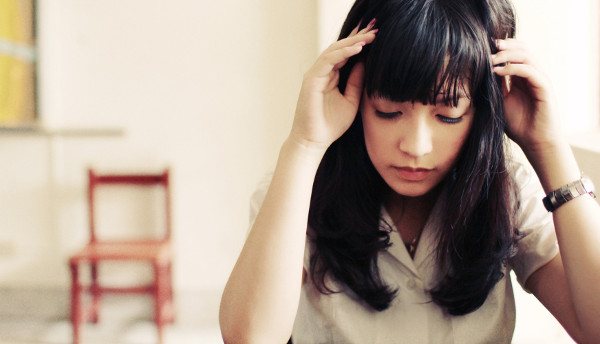 Well, that’s exactly the point, a “logical” conclusion simply doesn’t exist…or at least according to male logic…
To have a better understanding of what I’m talking about, it’s important I introduce the differences between male and female psychology.

There is an enormous amount of psychological studies that demonstrate a vast number of differences between male and female thought processes.

You just need to think about how men, for example, are more attracted to the physical aspect of a woman, while women are mainly attracted to a male’s character and status.

But among all these differences, the one we’re mainly interested is the use of contrasting logic in emotional perception.

Generally, women have an emotional side that is more developed, while men tend to have a narrow frame of mind and are generally more logical.
And I’m about to reveal exactly why….

The Origins of Female Psychology

During a great part of human history women have had a role where displaying emotions was crucial: raising children.
When a baby cries, a woman needs to be able to recognize its needs and satisfy them, a task which requires great empathy.

Aside from this, there have been a series of implications, since the dawn of human history, where by it was crucial for women to have a marked sense of emotional expression and comprehension.

For men, on the other hand, logic has always superseded emotion…it was actually better to have a scarce disposition for emotion.
You just have to think about the origins of humanity, where men went hunting and it was crucial for them to remain cold blooded and focused.

That’s why, while women better developed their emotional side, men developed a stronger logic.
Now that you got that, understanding women becomes a whole lot easier.

WARNING: this doesn’t mean that women don’t have logic or don’t use their brains; they’ve simply developed a different way of thinking in regards to men.

Understanding Women Thanks to Female Psychology

Once you’ve understood that men and women use two different ways of thinking to process reality and in which to base their behavior, you’ll be well under way to having a better understanding of the feminine world.

Beginning from what you’ve already gathered above, it almost seems evident why men, in general, speak their minds in a more a literal manner while women express their own thoughts in a veiled manner.

Now you can understand why, for example, when a woman looks sad and you ask her “Is everything OK?”, and she answers with a “Yes, everything’s fine” she’s actually not fine: it’s obvious something is wrong, she knows it and thinks you understand.
Her female sense of tact is the one that prevents her from saying “No, I’m not fine, hug me and let me vent”.
She’s not literally telling you but that’s what she’s feeling, and that’s what she wants you to do.
And if you do it, you’ll score points with her.

And that takes us to the next point…

Understanding the feminine way of thinking is of great help in all interactions with women.
It helps you to:

Frequently, women will put forth inconsistent excuses. Perhaps, after approaching her, she tells you she’s not interested yet she remains there, with her whole body facing you rather than her friends and she’ll look at you like she’s expecting something from you.
If you know how to read female body language, you’ll understand she’s demonstrating interest in you…even after telling telling you she’s not interested…I don’t know about you, but I think the situation is pretty clear 🙂
It’s obvious she’s interested, but she doesn’t want to blatantly express it to you.

Just like when you write a text message to a girl and she replies with a scroll of a message 84 pages long just to say she’s not interested in you.
Oh, really? 🙂
Trust me, after all the women I’ve I’ve met and after being elected best client of the year by my cellphone provider for my extensive use of text messages (thank God there’s WhatsApp now!), one thing I would put my money on is that when a woman is not interested, she won’t even reply. If she replies in a detached and cold manner, generally speaking, she’s not very interested.
But when she replies with a thesis like message, you know there’s something there.

Knowing female psychology is a mandatory step to have a better comprehension of the feminine world, to have better relationships and to be able to seduce.
What you’ve read in this article is just the basics, but don’t worry, we’ll come back to this topic again.

Do You Want to GET A GIRL You Like?